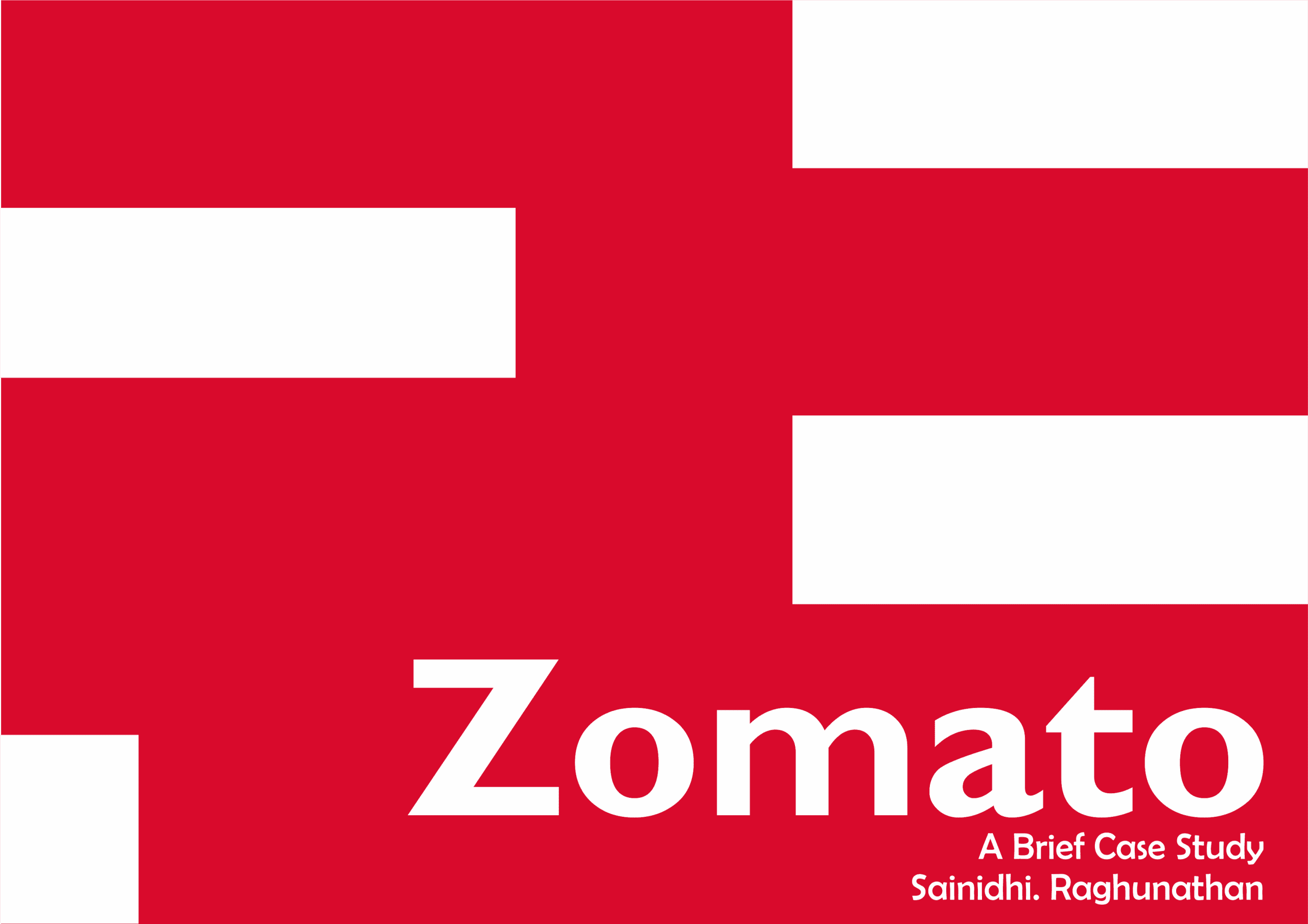 Zomato was founded by Deepinder Goyal and Pankaj chaddah in 2008. Initially, Zomato was named foodie bay and in 2010, it was rebranded as Zomato. It has acquired nearly 12 startups globally.

The idea behind Zomato was that both its founders worked in Bain and a company in Delhi. In the cafeteria during lunchtime, they saw that there was a long queue and people would look at the menu to order lunch. This is where the idea of Foodie bay came up. To begin with, the founders scanned all the menu items and listed them on the website, after seeing the traffic they launched it publicly in 2008.

The acquisition is one of the strong suits of Zomato. In the presence of competitors like Zomato and Swiggy, other food delivery apps like uber eats and food panda were at a loss. Zomato acquired uber eats in 2020 which gave uber 9.99% of Zomato. This was mainly done to cut down the losses that uber faced due to the failure of uber eats. However, Zomato tried to absorb many of the employees of uber eats after its acquisition. Although uber eats had its business in over 41 cities in India, it could not withstand the highly competitive nature.

Swiggy has been a competitor of Zomato, In this highly competitive market, both have sailed through well. When we look at Zomato Vs Swiggy, we can see that Zomato’s marketing is strong whereas Swiggy has more facilities. This is why both of these companies are able to sustain in this market, by focusing on their strengths.

When we talk about why Zomato has succeeded in India, the first thing that comes to my mind is, that the heart of an Indian is connected to food and Zomato very well knows how to target its audience. Zomato’s number one strength is its marketing strategy.

Although digital marketing is booming these days, Zomato’s marketing is not done in a corporate way, but in a way that the audience can connect to.

It believes in humorous and sarcastic marketing techniques that better appeal to the youth. It uses an aggressive marketing technique that is used by almost every household. Zomato creates some unique and trendy content, its marketing team goes hand in hand with the current trends amongst the youth and creates marketing campaigns in sync with the ongoing trends. There are a few things about Zomato’s marketing that are my personal best-

We can say that Zomato also has a first-mover advantage. Before Zomato, India did not have any knowledge about Food delivery apps, which is why Zomato has always had an advantage, it enjoyed the monopoly market until Swiggy came in as its competitor. However, even today, Zomato enjoys Monopoly in many parts of India.

Zomato has also over time developed a large network. It has almost all the hotels and restaurants, along with which it also offers a variety of attractive offers to its audience.

Key lessons to be learned from Zomato-

In conclusion in this article, we can say that Zomato has taught us a few things that we can implement in our professional lives and business.